The area we had chosen to look at was the development of the new play park at Radnor Park in Folkestone.

We did our research on the internet and found that the new park was going to cost around £400,000 and would consist of a railway themed toddler zone with a climbing train, carriages, a tunnel, tracks, turntable and a station. Exciting climbing equipment with a six metre high net pyramid and twenty metre zip line.

Our pupils have been designing their own parks on graph paper. They have been selecting equipment they want to use through images off the internet and then sticking it to their graph paper after deciding where in the park they want to put their pieces of equipment.

We have been taking photos as the park developed from the original site to how it looks now. We have captured multiple different stages of this development. We have witnessed the destruction of the park and now the reconstruction.

It was very interesting to see the developments off the park over a period of time and has been a very fun term for all in Grenada.

We would like to wish everyone a great half term! We look forward to see you all again in September! 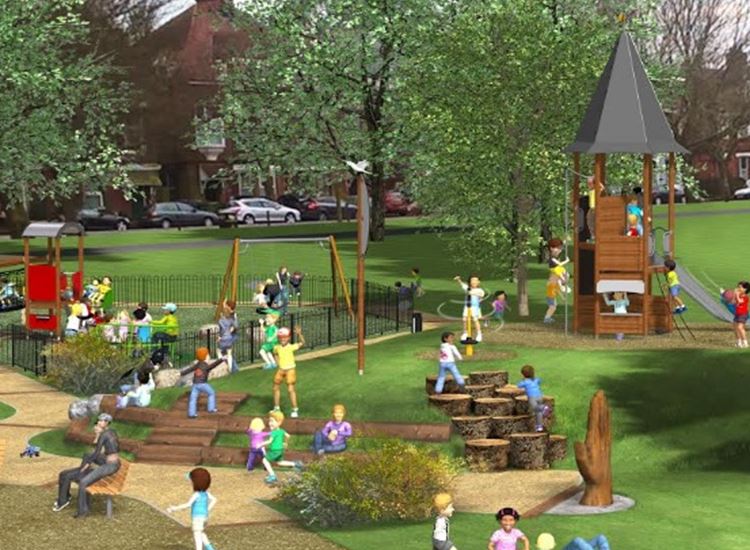